A Real Crisp Jazzy Beat - Getting to know Jake Corless

There are so many artists making music these days, its nuts. Some good, some bad. There are more than a few that get serious coverage that actually suck, as in are actual Oscar the Grouch spec rubbish. When you take the time to remove the seal and dive deep, deep into the musical abyss, there are infinite, quality bands creating cool as fuck content – it simply requires some time and consciousness.

This analogy can be applied to the Australian (and no doubt international) BMX scene. One of those underground treats is Perth’s Jake Corless. I liken Jake, both in terms of personality and riding style, to discovering a real crisp jazzy beat – he is subtle, modest and doesn’t like promoting himself, has a taste for quality, is a refreshingly down to earth and genuine dude and is overall, a smooth ass mother fucker. Jake rules and the TMPRD crew are psyched to have him on board.

Corless, how did you get so chill? What makes you mad?

Your style has been described as effortless, smooth and timeless. Whether or not you agree, what has contributed to shaping the way you ride your bike?

Haha I don’t agree, but I guess spending many years when I was younger racing BMX would have contributed to learning all the basics and then general bike control.

Getting back to your roots, how’d you get into BMX and what was your first memory of BMX?

I remember as a kid me and a buddy used to ride to primary school together and there where these little dirt jumps literally at the end of the street from our school. So we used to get a quick little ride in before school and then as soon as we were finished we would be straight back there. I guess it all started from there, he started racing and that seemed pretty interesting, so I wanted to get involved in that too.

Who is your biggest BMX influence?

Favourite street spot and why?

Curved walls, or a little party rail that everyone can have a ride on.

King Geedorah - Take me to your leader, Tyler the Creator – Flower Boy, Brothers Grimm & The Blue Murders – The Year to Forget.

Belmont banks rail hop from the ‘Just A Game’ DVD, it started off as a joke one day when we were all there and then it was regularly bought up between Callan and myself how nice it would look. After multiple conversations and a drunk bet that I would try this if he was gonna try something else that we agreed on, we went there one afternoon. Couple run in’s and it was over before I knew it haha! Roughly 6 months of thinking about something over in a second (still waiting for Callan to do what he said haha).

I've always been a fan of magazines and having hard copies of photos. On Instagram they’ll be seen once and scrolled past never to be seen again.

The Belmont banks clip you’re talking about, super crazy. Talk me through the process (mental/physical) for you when putting yourself through something terrifying, how do you go about it?

That one actually worked out really well. When it comes to doing something that scares me I don’t mind having time to think about it and process what’s gonna happen for a while before heading to the spot. I think it makes it easier to paint a mental picture before doing it.

What's your favourite clip of yourself?

Curved wall to wall from ‘Just A Game’ DVD, was so fun to do and just worked really well haha.

What keeps you psyched on BMX?

Having fun with the homies, seeing them push the limits of what they can do, and being able to capture these moments on camera, it’s all pretty satisfying.

Totally agree with that, it is an incredible experience to be able to either push the limits of what is possible for yourself, or to see your mate do the same thing. That is a big part of why BMX is so unique in my mind. Building on that, being able to not only be there in the moment, but to capture it is so gratifying – how do you go about setting up to take a shot and what do you plan to do with your photos?

Most the time Callan is also filming so we pretty much work in together, i.e. if he is filming fish I’ll shoot long and vice versa. For the photos, I pretty much just bank ‘em up or give it to the dude to throw straight on Instagram haha, but once I have a bunch I like to try put a little look book together. I've always been a fan of magazines and having hard copies of photos. On Instagram they’ll be seen once and scrolled past never to be seen again.

If you didn’t bike would you scoot or rollerblade?

I’d sit on the bench haha.

Favourite people to travel with?

Any memorable stories you can share from trips with these guys?

Too many. Me and Calvin got some funny rescue ones of Callan from an America trip couple years back, like where we would just go for a drive around the blocks in Huntington Beach after a night out looking for him to be passed out on someone’s front yard, or we would just wait for him to get WIFI and get in contact with us haha, happened more times than you would think.

When it comes to doing something that scares me I don’t mind having time to think about it and process what’s gonna happen for a while before heading to the spot.

Are you planning any future trips?

Ahh none locked in at the moment but there’s been beer talk about another America trip towards the end of this year so that could be on the cards, and we got some QLD visitors coming to Perth next month which should be good! I’m psyched for that.

You and the rest of the WA boys fucking shred, what is it about Perth/WA that breeds this kind of rider?

Must be something in the water haha nahhh ummm I’m not too sure ey. It’s not like we have amazing skateparks or indoor ones with foampits, we just make the most with what we got and kinda push each other to try things.

Why the heck are you still living in Perth, it’s so isolated?

Haha Perth’s amazing, good weather, sweet spots to ride, nice beaches. It’s just nobody ever takes the time to come over and check it out. Can’t blame them though, it’s expensive to get over here.

I’d like to thank everyone who has read this far, Stibbards and Roddy for the endless good times, local BMX shop for keeping me rollin’ smoothly, as well as TMPRD and DIG for this opportunity.

t’s not like we have amazing skateparks or indoor ones with foampits, we just make the most with what we got and kinda push each other to try things. 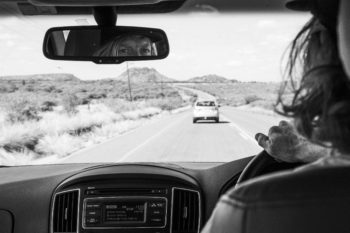 "The division is unreal" Catching Up With Greg Illingworth 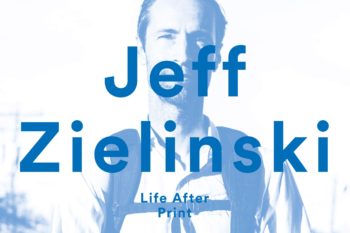 "Flipping through an old magazine serves as a time capsule"