Argentina and The True Spirit Of BMX DAY

Officially the best unoffical jam of 2016

This was the third edition of the NN street jam but this time it was different, this time it was being held on International BMX day. The organisers ‘NN Bikes and Paranoid’ decided to hold it in the city of Córdoba, which is around 800km from Buenos Aires, the capitol. Weather was our first concern but when we all awoke that morning we realised that the sun had decided to come and say hello, maybe it knew we were having a contest because it shone all day.

We hit up a lunch spot first (Nachitos) and that’s when we started to see the crowd of riders, packing the streets. Riders started riding and no one cared that a huge storm cloud was above our heads, or that the police had arrived and were trying to disperse hundreds of riders. We were just having fun and partying.

On to the next spot then, a skate park a couple of blocks away and a cool session went down on a rail, but once again the men in blue came along and kicked us out.

“Next spot!” said Pablo Gallardo, (Paranoid BMX) through the megaphone and immediately, like ants coming out from their anthills the riders started to move. The next spot was super chilled, we ate and had a few laughs and watched some crazy riding go down. As the late afternoon started to come in we realised how great our Argentinian scene here is, amongst the mayhem of traffic and the burning soles of sneakers.

Finally, the last spot of the day, a big rail and stair set and the insistent cops always trying to ruin our day but between the screams and jeers and whistles the day had come to a close.

We all congregated into a small square while the night closing in, we saw the last tricks of the day and we felt fortunate to be involved in this great family of BMX, that knows no borders or barriers, just BMX.

This event by Paranoid BMX was awarded a Street Series #BMXDAY ring as the best unofficial jam of 2016. 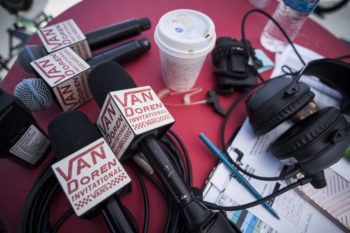 Style for miles and a week on the beach with Vans! 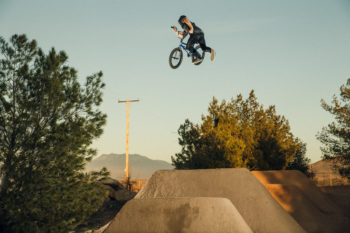 Best of the Rest from a So Cal Trails Weekend