Colin Varanyak and Austin Augie met up in NYC to ride a new park under construction in Dumbo, but instead found themselves in a bit of a scuffle to escape.  Besides the drama with the workers it looks like Colin and Austin had a fun day in the city.

"Took the bus up to NYC for the day to meet up with Austin Augie. We planned on trying to ride the new park in Dumbo, unfortunately the construction workers weren't too happy about it. Sorry about the double back when I was hopping the fence. This is the second time I've tried uploading it so I decided to leave as is." - Colin Varanyak 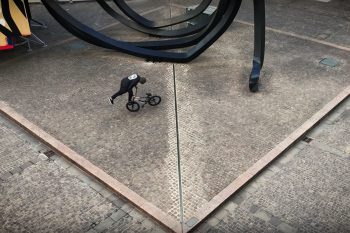