When a new Dennis part drops you know it's going to be bonkers, but this one for VANS really takes the biscuit. Prepare yourselves... this is outrageous!

Costa Mesa, CALIF. (Dec. 14, 2021) – Vans BMX and Dennis Enarson have partnered once again on a new film, Acea, capturing a snapshot of Dennis’ life over the past year. Coming off the successful launch of Right Here, which won NORA CUP’s 2021 Video Part of the Year award, Dennis felt there was more to accomplish and set out to film a follow up. During a time that included healing from injuries and welcoming his new son into the world —for whom the project is named— Dennis road-tripped to some of his favorite spots, creating a part that rivals everything he’s done up until now.

For Acea, Dennis joins forces with lifelong friend and acclaimed filmmaker Tony Ennis—an athlete-filmer duo highly anticipated by the BMX community. The result is mind-blowing maneuvers and stunts that only Dennis could pull off, combined with vignettes of rarely seen moments of his life off the bike.

“The goal was to film the best riding that I can, but also capture this chapter of my life,” Dennis said. “It’s something I’m very proud to have, and it will forever remind me of this time in my life. If all my photos disappeared, I can always still go back to this part and reflect on it.”

The film features Dennis alongside Vans team rider Ty Morrow and Lewis Mills, as well as guest appearances from Garrett Reynolds and Matt Closson. Short road trips on a day’s notice—whether it was San Diego, LA or Las Vegas—served as the jumping off point for filming Acea, with the aforementioned crew typically tagging along and Dennis drawing inspiration from his travels. On a quick flight to Salt Lake to ride with the Fiend BMX crew, Dennis was clearing out his camera roll and stumbled across the song that ended up becoming the opening for Acea: Bad Feeling by Cobra Man. The rest of the music from the band fell into place naturally from there.

During filming, Dennis always came with a precalculated plan on which trick he would try at each spot along the way. “There’s never any real warmups with Dennis,” Tony added. “After a while you get used to filming with each other and can anticipate what he is going to do. Typically, it took like 15 minutes tops to get the trick; filming Dennis’ stuff is really quick and that was a huge adjustment, but it made me a better filmer.”

Shortly after filming commenced, Dennis learned he was going to be a father, which elevated the importance of documenting such a milestone and telling a deeper story. Of the process, Tony said: “I knew it was a big transition in his life and I wanted to capture all of that. When everything came together it was like a timeline and it all just worked out organically. I’m really glad I decided to shoot that because I feel like it only happens once.” 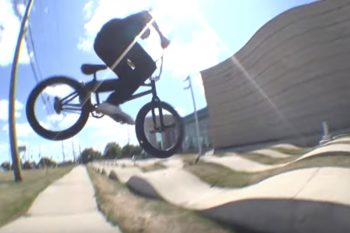 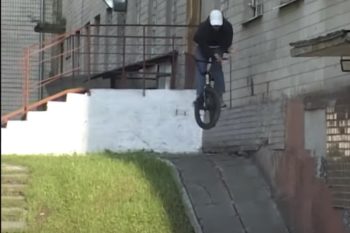