The Eclat Team just got even better

BAM! Big news today for Felix Prangenberg and éclat! Watch the short but sweet promo above and then find out all about the hookup in our interview with Felix.

Here's what éclat's Dave Paterson had to say:

"The word “family” is thrown around in BMX so much these days that it almost feels like it’s lost its true meaning and become a cliché word to push the idea of a connection between the brand and rider.

To everyone here at éclat, there is no shadow of a doubt that Felix Prangenberg really is a part of our family. He’s not just someone we’ve known for a long time and hang out with every week, but he’s someone who believes in the same vision and core principles that keep our brand alive and push us every day. We’ve been able to watch first-hand Felix grow from a relatively unheard-of talented German prodigy to one of the most progressive BMX riders in the world. Felix being a PRO on our sister brand Wethepeople for the past 5 years, he’s always felt part of éclat despite never being officially on the team. As Felix focussed more and more on putting out incredible video parts and pushing the realms of street riding and being good friends with many of the guys on the team already, he was feeling more like part of the family every day. This made the move to welcome him to the ranks of the Eclat PRO team a natural progression of our friendship rather than a swift decision to add a hot new rider. As one year comes to a close, a new one begins, and we couldn’t be more hyped to have Felix officially part of the Eclat team heading into 2020. Now the newest member of a heavy-hitting team containing some of the most legendary and talented riders in BMX, Felix has found his rightful home.” 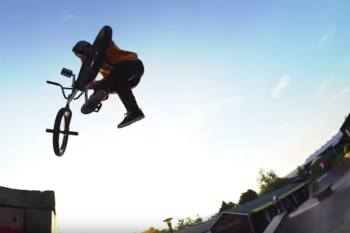 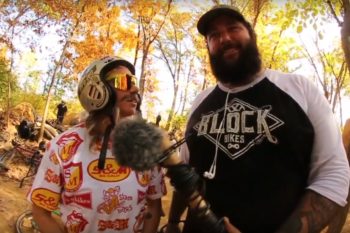