In The Cut - Behind The Scenes with Shadow in NYC

Getting up close and personal...

Filmed and edited by Wes McGrath Photo by Eric Balhman

When you belong to a team that is spread all over the world, an event that brings everyone together is something you can’t miss… In New York City during the first week of August, The Shadow Conspiracy did just that; the entire crew was in attendance (Scott we missed you) for the world premiere of their newest DVD project.

I came along to be a part of that experience, and to bring you a behind the scenes look at the team, up close and personal. Starting off the day in the right way, a high speed ride through Brooklyn to The House of Vans where the video was set to premiere that night. The team caught their very first viewing of the video only hours before the hundreds of awaiting riders feasted their eyes upon the video workings of Chadwick. Vans and Shadow put on one hell of a party for everyone of all ages and the jam at the House of Vans went down without a hitch and thanks to Darryl Nau we had the after hours situation all figured out! Follow The Shadow Conspiracy through their day leading up to the premiere of ‘What Could Go Wrong?’

'What Could Go Wrong?' is available in select countries via iTunes and on DVD worldwide through any Shadow supported shop, mail order, and their online store. 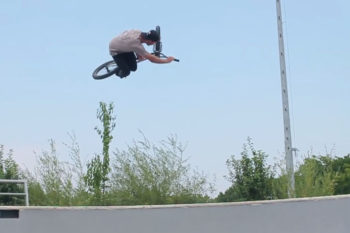 Fast lines, tire slides, and big airs in the south of France 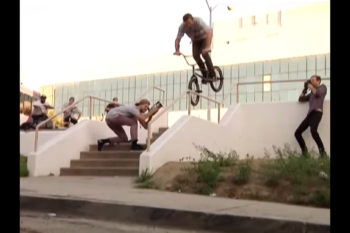 Neyer is the man