On the deck and behind the scenes with Ryan Nyquist and more...

For the past couple of years Vans BMX has taken a new approach to your traditional park contest... by simply changing the aspect of the judging format. The riders are able to take on the course with a main focus on creativity, style and park use instead of the original outlook onto trick progression. (Read more about the thinking behind the contest format here). The Vans BMX Pro Cup Series has been one hell of a contest this year, spanning four different countries to host four contests to find the world's best! Starting in Australia, then onto Spain and Mexico, all leading up to the World Championship in the United States!

Here is an extra extended behind the scenes look at the 2017 Vans BMX Pro Cup Series Final in Huntington Beach, California. As the battle for the cup and the cash rages on there sure were some antics and special guests you don't want to miss. From Nyquist's first run to Larry Edgar's jaw dropping 13ft invert to tuck no hander that won the high air contest, we were on hand to bring it you straight from IN THE CUT. 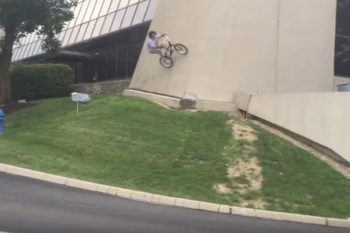 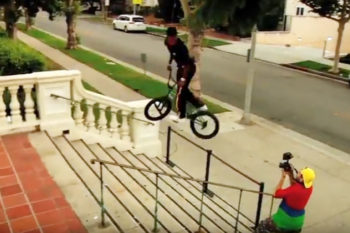 Mixtape out of LA presented by Peep Game and Thee Block