United X DIG - Rooftop Is Back!

Long after putting out his first section for the infamous Dirty Deeds way back in 1994, Mike 'Rooftop' Escamilla has released yet another belter of a part, this time for his new United Caveman bashguard frame, some 20 years later and with multiple video sections in between. That's a truly incredible feat in itself - how many other Pro riders can say the same? Filmed in 17 days, Mike really put himself through the ringer for this, but damn it was worth it - oh and just look at the list of names in the bonus clips, that's a hell of a crew of legends and friends to be building your run-ins for you! Here's what Mike had to say about the filming process:

"We filmed this in 17 actual days over the past 3 months, in all of my years filming and riding I've never fought so hard against, weather, spots, schedules and injuries trying to film. I also never thought I would film a section again, so with that this is what we ended up with. It was fun to actually try and film again, so many great spots that most or nobody has ever seen. which finding them with the crew was truly the best part of making this edit. I wanna give a real thanks to Andrew Lazaruk and Brian Terada both who honestly helped so much making spots ridable do to weather or whatever. they did more work than I did. Without them it would not of happened in the small window we had to do it...this is for you boys! Cheers." - Mike Escamilla

Produced in conjunction with our Official DIG partners: UNITED 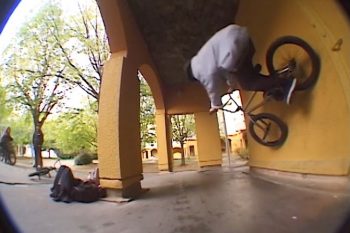 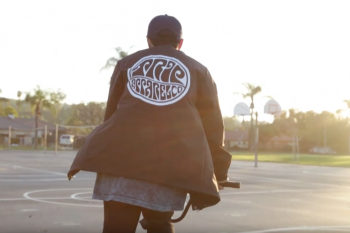