It's difficult to tell if he's in control or fully freestyling it..

Next up in our release of sections from Vagabond Squad is Logan Kirzinger. Some words from filmmaker, Justin Schwanke: “Logan is the ultimate wildcard in the Weird & Revered crew. It’s often difficult to tell if Logan is in control or fully freestyling it. His life is loose and his riding is even looser. Although this DVD part is short and sweet, I think it’s an accurate reflection of Logan’s riding and his personality. He brings an overwhelming amount of positive energy and fearless experimentation to the crew. That’s something we can never get enough of.” 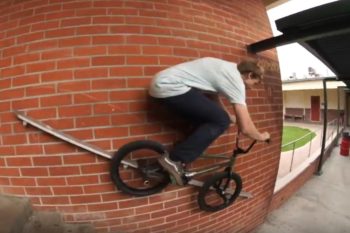 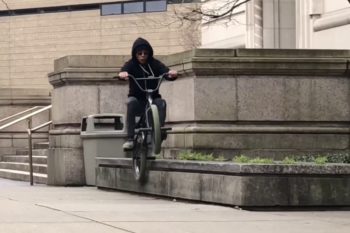