Ed Pollio and a couple tools of the trade that helped create his public DIY Mecca.

With free outdoor parks seemingly popping up in almost every town and city throughout the developed world, opening and sustaining an indoor park today is getting tougher and tougher. Not that it’s ever been easy; one look at the longevity success rate of indoor parks throughout the past few decades, and it’s pretty obvious how difficult it can be.

New York City is one place that has never had an indoor park stick around for more than a few months. Attribute it to one of the most expensive square-foot rental rates in the world, or the abundance of new parks throughout the five boroughs; it’s probably one of the toughest places to pull it off.

Enter longtime rider and Staten Island native Ed Pollio. In July 2012, Ed and his wife Angelica decided to take on these challenges and opened up 5050 Skatepark in Ed’s home borough. It took a lot of sweat, wood, and perseverance, and it’s the epitome of a DIY spot. With a continual changing landscape of ramp configurations and a solid community of supporting riders, 5050 is beating the odds and continuing to sustain itself. Ed breaks down some of the positive aspects, which more often than not outweigh the negatives he's encountered over the last three years.

1. No money in BMX skateparks.
The people that ride usually are kids who barely have enough money to afford a bike, or a skateboard, or a scooter, let alone spend money to ride in a building for a few hours. Plus New York City real estate is so expensive. We’re the only one doing it right now. Why is that, because we are geniuses? No, because we are the only idiots who decided to do it in NYC. It’s really hard because it’s so expensive; we are barely making ends meet. I do carpentry as my income.

2. Getting robbed.
We got robbed twice by the same kid. You try to stock up on parts for your shop, then some kids cuts a hole in the roof and steals everything, including my and four of the core locals’ bikes. We re-stocked on everything, and a month later then he breaks in again.


3. Getting sued.
A kid comes here, hits the box jump, breaks his ankle, and falls. We tell him we gotta call the ambulance. He says he doesn’t want one, so he signs a paper stating he doesn’t want the ambulance, and will wait for his parents. His mom comes picks him up, and a week later we get a lawsuit in the mail. 5050 Skatepark is getting sued, Angelica and I are getting sued, the landlord is getting sued; by this person trying to get a cash-out. We’re not millionaires; we have nothing. We make this place for everyone, and they are trying to take advantage. You don’t sue, it’s just common sense.

One bonus to being a local at 5050 Skatepark is that unlike the average concrete park, the ramp landscape here is constantly changing, to the point where it can look like an entirely different park over the span of a year. Lucas Rusinak, downside footplant on one of the latest mods.

"We make this place for everyone, and they are trying to take advantage. You don’t sue, it’s just common sense." - Ed Pollio

4. Never having weekends off.
It’s not like the construction business I run- that is usually 9-5. The skatepark business is every weekend non-stop. Angelica, the baby and I do take a week off once a year. But it’s really dedicating your life to this.

5. The mess/ mischief.
Cleaning up the garbage that kids leave. Teenage kids, what do you expect? One time there was an incident where the back gate was open, and there was a BMW parked that looked like it was damaged. So some kids started throwing bricks through the windows. How embarrassing is it telling your neighbors, “Sorry, they broke your car windows.”

1. Kids progression:
I feel good giving these kids a safe place to go and watching them learn tricks, and grow. It’s a main driving force with keeping the park going.

2. Personal ramps:
I can grab my friends and have a late night session whenever we want, as long as we want. Every town/city should have it’s own indoor spot.

Even with no weekends off from the grind, Ed still makes it a point to enjoy the fruits of his perpetual labor after a long midweek workday.

3. Having events.
We’ve done hip-hop shows, and music video shoots, like the NEMS "Skavenger" music video. Also art shows. We did a Hurricane Sandy relief art show, and raised $6600 for it. It’s pretty cool when we can do fundraisers like that. Having a venue like that where we can give back; that’s more rewarding than making money.

5. Meeting people I looked up to.
George Dossantos was a major influence for me growing up. When we held one of our jams, George D. showed up. I tried to not charge him, and he goes, “No, take the money; I want this place to be here in a couple of years.” Another cool thing was Method Man contacted me and shot a music video here.

Vinny Crispino may not have pulled this over backwards toothpick grind on the ever-changing A-frame rail setup with a proper regulation roll-away this day, but this isn't the first time he's done it, so we'll let it slide (no pun intended).

"I feel good giving these kids a safe place to go and watching them learn tricks, and grow. It’s a main driving force with keeping the park going." - Ed Pollio 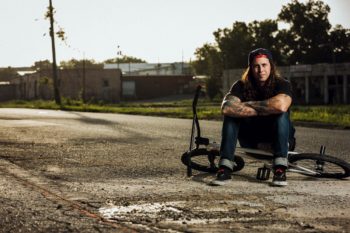 "There’s more people riding for sure, but all those people are trying to do the same thing." 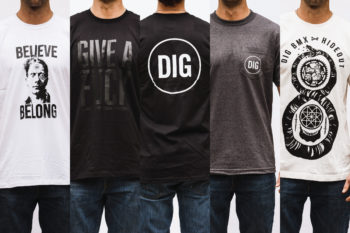