As is often the case, these pipes looked better than they actually were. No clip, but no trespassing ticket or angry property owner either, so we're good.

Travel and road trips are at the heart of what keeps many of us obsessed with BMX and is certainly responsible for a lot of my favorite stories and closest friendships.  Tricks are great and all, but I know when I think back on my fondest memories the explorative aspect of the culture is usually to thank.  The joy and anticipation that comes along with a car packed full of friends set out for the unknown is second to none.  It's easy to become complacent, ride your local parks and spots, find every excuse not to travel, but as Drew so eloquently put, it's simple as "Pick a destination and go." You'll be glad you did.

The infamous desert surf. Fortunately, we got to carve it before the construction of another ugly fuckin' fence.

What was your inspiration behind the Arizona Highways video?

We did the Volume ghost town trip a few years back and it was so much fun, just rummaging around old abandoned places looking for stuff to ride. That was one of the more memorable trips I have been on and we never even left my home state. This was kind of a continuation of that trip without a lot of the restrictions of spots needed to be in "ghost towns". Before turning pro and traveling with the Volume and Demolition guys I used to take a lot of trips with friends. When it becomes your job and you travel a lot, you can lose a little motivation to do it just for the sake of fun. This was a chance to take riding trips with my best friends at home and just go out and try and have a good time. We definitely had an agenda to try and get footage, but it we drove across the state and came up empty handed it wasn't the end of the world. And yeah definitely had a few of those trips, but with this project it was definitely all about the journey.

How long did you gather footage for?

Probably about a year and a half but not continuously. Trying to plan out trips with a few guys on everyone's schedules can get a little hard, so needless to say trips got spaced out a little bit. We did film a good bit of it here in Phoenix, but we were pretty choosey about what we filmed to make sure it would mesh well with the rest of the clips. My car kind of blew up on me on the way to Interbike this year so that set us back a little bit as well.

Scouring the roadways of Arizona paid off - More Info

How did you find most the spots?  Was there much of a plan or were u just pulling off the road and searching?

Arizona is a really big state, but there are only two real major cities. Most of the clips filmed outside of Phoenix we would just plan to hit a few of the smaller cities at a time, and you can really make it through every nook and cranny in those towns in a few hours. They are pretty tiny, but much to our surprise most places had at least something going on. There were a few weird spots or abandoned places that I found online, and we just took a leap of faith and hopped in the car.

Have you found motivation from the recent resurgence in pool riding we've been seeing in BMX?

Most definitely. I have always been into pool riding and its pretty cool that its starting to get some shine and appreciation these days. I definitely credit Jason Enns and Rooftop for that one, their little adventures and trips that they do were a big inspiration for doing this.

What was the furthest destination you traveled to?

Probably Nogales, right on the border with Mexico. The US side is pretty small actually but we were pretty amazed with how many good spots they had going on. Several of them ended up being right on the border fence which made for some pretty cool scenery, exactly what we were after for this video.

Mostly just pools, we have a pretty good little trade system going on via Instagram right now with a few different local crews.

In a strange ditch where the water flows north from Mexico into the US Drew found a nice cut to air out.

"The spot was so unique and awesome that it was definitely worth risking a tapeworm or something though."

Did you pick up any trespassing tickets while filming?

Luckily not though there was no shortage of close calls. We found those spots along the border fence and they were all just swamped with border patrol guys, but they were actually pretty stoked on us riding.

What was the hardest spot to ride? Or one that might be a bit deceptive?

One that comes to mind was the ditch spot we found in Nogales. It was basically a big ditch with a pipe cut in half concreted to the top of it, more or less a big over vert quarter. With the size of the bank and the tightness of the transition it was pretty tough to ride, but to make matters worse there was sewage water from Mexico flowing down the center. So you had to dodge some nasty shit just to get a run at it, then hope to god you didn't land weird and splash through it. The spot was so unique and awesome that it was definitely worth risking a tapeworm or something though.

Did you deal with any travel nightmares or irate property owners?

While we were filming for this my car was kind of on the fritz the whole time, so pretty much every time we went somewhere it was some break-down or overheating scenario. We did run into a very mean old lady while riding a backyard pool, we were actually being kicked out as we filmed the clip. The second we had the pool cleaned out she was on the other side of the fence yelling at us. We only got one go and luckily it worked out, but she was heckling the shit out of us every second. She was clowning on Greg pretty hard which was pretty funny.

Both tires, cut to cut. Like a Hoss would.

A man of the shallows, Drew likes em tight.

I think he has a couple semesters to go, but someday Drew will be a history teacher. He's got a hard on for learning about past shit, which he melds with his passion for riding weird shit. Which puts ya at places like this long forgotten military airfield in Dateland, AZ.

Any chance there might be an Arizona Highways 2 then?

I would in a heartbeat but probably not. Greg is moving to the east coast in a few months and it wouldn't be the same with anyone else. We didn't even make it to half the places we had intended on, so I could definitely be up for it.

Between The Finer Things and your Ride Pro Part were you looking to work on a travel based project?

I was just looking to do something different. I had filmed a lot of stuff over the years and was feeling pretty tapped on new spots and ideas. It was nice to hit some new stuff relatively close to home, and most of them had never been ridden so there was no "who did what" game.

What was it like working with Greg Moliterno who is local vs. Mike Mastroni (The Finer Things) and Zach Krejmas (Ride Pro Part) who are both based in California?

Its definitely a lot different. When I work with Mike and Zach I feel like a need to be on my A-game. Odds are someone is spending good money for us to be where we are so I feel a little more pressure to be productive and go outside of my comfort zone. It can be very motivating and I feel like thats when I ride my best but it can also get a little stressful if things aren't going my way. There is a lot less pressure going out with Greg, but that can be a gift and a curse. Its easy to blow something off when you can always go back next week, but at the same time I feel like I can take more time and get it perfect.

Originally built for General Patton's desert training camp, and later used as an internment camp for Italian POWs, this Dateland bunker has seen some shit. I bet you can guess who told me these facts.

He may not be very PC, but he doesn't discriminate either. 3ft tall and 4in wide, but it's still transition.

"With this project it was definitely all about the journey."

Are you working on any other videos at the moment?

I'm in the beginning phases of working on my Volume 2 part through Volume, still pretty early on though. Really looking forward to getting out to California and working with Mike on it this summer.

Its already March and I still haven't figured that out. Hopefully riding and filming as always. Should be just steady working on my Volume part and taking it a day at a time.

On the other side of this ugly fuckin' fence is quite the beautiful scene. No cookie-cutter boxes sportin' the same 3 HOA approved tones. The hillside is covered with real vernacular. Homes that say DIY. Built with various materials and painted various colors. Each with a style all its own. Drew laying his style flat in front of the wall says 'make Nogales beautiful again'. 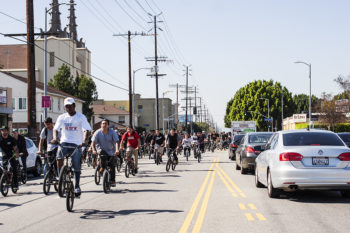 Even filming a commercial can be all in good fun! 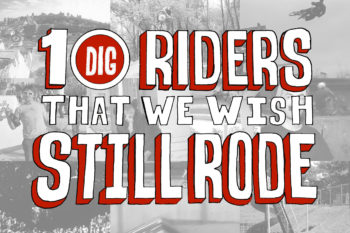