The chain was supposed to be a deterrent, but instead it made the rail that much better. Demarcus Paul uprail to tuck no-hander with ease. Photo by Devin Feil

You may have seen mention of Volume 1 over the course of this year and wondered what the Volume crew have been up to. Immediately following the release of 'The Finer Things' Mike Mastroni dove into another substantial project. Production has been more or less kept under wraps, as the focus remained on promoting the DVD they'd just labored so hard to produce. This semi-secret video is dropping very soon and we caught up with Mastroni to find out the details...

First off what can we expect from Volume 1?
3 full sections from DeMarcus Paul, Billy Perry, and Josh Clemens.

After finishing up The Finer Things were you and the team eager to work on something straight away?
Definitely. I think everyone is proud of what we accomplished as a team with TFT, however time keeps on ticking and everyone remains eager to film.

How'd you decide who to feature for the first instalment?
The aim of the first one was to sort of give a little more shine to Josh & Billy who are the newer faces on the team. Neither had full parts in TFT and I think they both have come into their own a lot more as riders since then, so it was great working on parts with those dudes. DeMarcus has a bunch of products in the works with us, he's somewhat local, and always great to film with, so he was a natural choice for the first one as well.

Josh and Deemo with tag-teaming the spot prep.

Dialing in the angles at a roadside find outside Portland.

With Josh filming the last clip of the day, these could sit back and relax.

Where did you travel to film for the video?
In addition to our usual local filming I went out to New York a couple times to film with Billy, once solo and the second time I brought DeMarcus. We also did a Portland house with everyone for almost two weeks which was such a great time.

Were Josh and Billy hyped to film on local spots?
Definitely. To me it was very important for the project for those guys to have some home turf footy. I feel like every pro rider has those things in their hometown they've always wanted to do that maybe they weren't capable of when they were kids.

DeMarcus after school session on a hot summer night in Portland.

How was it filming serious video parts on a condensed time frame?

It was actually pretty relaxed for Josh and DeMarcus because they're local, but we also ended up filming for much longer than originally expected too. I'd say Billy probably felt the pressure a bit more living on the East Coast and having only a few narrow windows of time to film.

Would you say the guys outdid their DVD sections?
Oh yeah. For Billy and Josh this will be their first legit parts within a company project. Demarcus has gone a lot further down his own alley of super gnarly- technical-precision spot/setup focused riding, and I'd say he definitely outdid his TFT part for sure.

After a couple grueling hours in near 100 degree heat, Billy called it quits. On this particular day the spot and elements won out, but he returned later in the week for redemption.

You had a very specific vision with The Finer Things as far as music and graphics went, what sort of direction did you go this time?
I wanted this project to be much simpler and cleaner with the riding and filming being the main focus. I learned a lot from TFT and this time around I focused meticulously on making sure every shot, every angle, and every aspect of every trick was filmed consistently. As far as the musical direction everything is still very deep in the 1970's treasure chest, however it's definitely a very different bag than TFT. I also shot a few rolls of Super 8 film throughout which will sort of serve as the underlying artistic direction of Volumes 1-4.

Any change of plans during filming? Wasn't Zach Krejmas originally slated to appear?
Krejmas is probably the busiest filmer in BMX with his Job at Ride, so with the contest season and all the trips they've had him on this year we just couldn't make it happen in time. We've been at it when we can however, so Krejmas will most likely have a part in Volume 2 or 3.

Heavy miles were logged in the Volume van. If you ever get the chance to drive the coast from SoCal to Oregon, don't pass it up.

"I feel like every pro rider has those things in their hometown they've always wanted to do that maybe they weren't capable of when they were kids." - Mike Mastroni 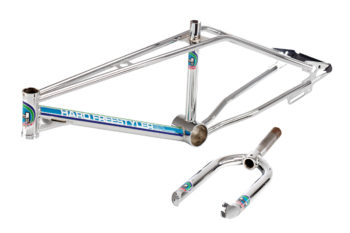 Your chance to own a piece of history and support and good cause.. 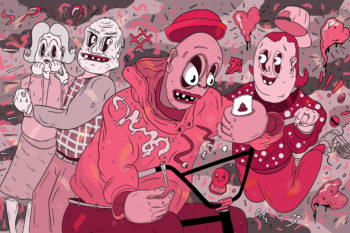