Words and photos by Devon Hutchins

A lot of people may not know that before the popular 'House Park' skatepark was built there was a smaller and less attractive skatepark at the very same location. I still remember being in High School and hearing about the new 'Green Park' skatepark that got built in downtown Austin only 3 blocks from the famous 9th St. trails. Me and my friends excitement was hard to contain, without seeing photos and only hearing rumors we had high hopes. This was Austin’s first outdoor skatepark after all, built even before Mabel Davis, but as we pulled up to the skatepark and laid eyes on it for the first time, our excitement quickly turned into disappointment.

What we had envisioned and dreamed about was not what we saw before us. We saw a skatepark crammed into a 24ft by 100 ft fenced in lot at the end of some tennis courts. There was a very low, square flat rail plus a weird double kinked flat rail, two grind boxes, a hip, a wedge to wedge wall ride, and two steep and awkwardly built quarter pipes. We got out and rode trying to make the best of it . We soon realized that it was skateboard only and were promptly kicked out.

This was the last picture I ever took at Green Park. Soon after this it was all plowed and turned into House Park. July 26th, 2010.

“This is it?” we thought. We ended up doing what we usually did, went to 9th St. and then rode street downtown. After a year or two the popularity of Green Park died down and the staff no longer kicked bikes out. Mabel Davis opened which attracted most of the cities skateboarders. Green Park became a place you knew would not crowded and was good to alternate between 9th St. I soon had different feelings about Green Park and it became a staple in my downtown riding regimen. Then it started popping up in bike videos and magazines. Somehow this very modest and awkwardly built skatepark grew on me and a lot of the local riders.

Nowadays it’s hard to imagine going to a skatepark in Austin at anytime during the day and finding it empty, and I think that was one of the biggest appeals of Green Park. Many years later there were rumors about the tennis courts and park being demolished and a brand new huge cement skatepark being built in it’s place. I was skeptical at first but as time went on and I started seeing plans and designs I realized it was reality.

House park was officially opened on June 16, 2011. It is a 30,000-square-feet facility featuring a bowl, and large street plaza. House Park is obviously a huge upgrade to the now defunct Green Park but I still wanted to pay some homage to the modest park that soon got forgotten. This is a collection of photos from Green Park and some of House Park’s early beginnings.

This fence got put in around 2009. There was a lot of talk about wall riding it but Lil Jon was the only person to get ‘er done. October 7th, 2009.

This is Lil Jon airing the vert quarter 2 months before officially opening and 2 years after he did the fence ride. April 15th, 2011.

Skaters getting amongst it during construction. As you can tell people were pretty excited for the new park to open. April 15th, 2011.

The infamous Austin flood of 2015. This is the main reason a skatepark was chosen for this site. It sits on a flood plain so not much else can be built there. May 25th, 2015.

"This was Austin’s first outdoor skatepark after all, built even before Mabel Davis. But as we pulled up to the skatepark and laid eyes on it for the first time our excitement turned into disappointment."

Way back when, this wedge to wedge hip was a favorite. Dakota Roche truckdriver. 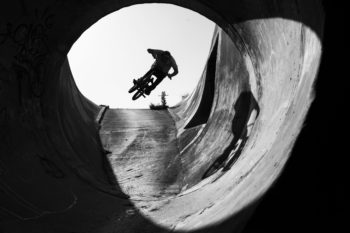 Wisdom Of The Ages: Jason Enns

5 pieces of wisdom from the legend himself... 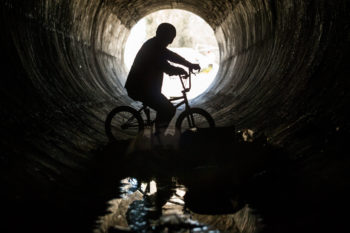 Wisdom Of The Ages: Van Homan

9 pieces of wisdom from the BMX savior...