Life In The Great White North

"Challenges can sometimes bring out the best in people"

Somewhere along the 53rd parallel in Canada is the city of Edmonton. Here you will find a sprawling cityscape, a stunning river valley, plenty of street spots, and 5 concrete skateparks. That’s the story outdoors though….. A significant portion of life in the Great White North occurs indoors. Edmonton is the most northerly city in North America with a metro population in excess of 1 million people. Accordingly, our geographic location leads to frigid Winters. With average lows in January of -14.8°C (-5.4°F) and the potential for the temperature to drop as low as -40°C (-40°F) with windchills, this isn’t your typical place to find people riding BMX bikes.

Some people handle Winter better than others. Some people even embrace it. As a rider though, it can be agonizing. Being unable to ride your bike outdoors for 5 to 6 months of the year is a harsh reality. The cold also wears on you and the lack of sunlight doesn’t help either. There’s a medical term for the “Winter Blues” that people face in Northern communities such as Edmonton. It’s called Seasonal Affective Disorder. One cause of this depression is low Vitamin D levels. That giant fiery ball of light in the sky, the sun, radiates ultraviolet rays onto our skin. With exposure, our body is then able to produce Vitamin D. During December, we only receive 7 and a half hours of daylight in Edmonton. Consequently, many people here take Vitamin D tablets during the Winter to supplement the lack of exposure to the sun. It’s these distinctions that can make life in the North challenging.

Surviving and thriving through the Edmonton winter - More Info

As I’ve gotten older, my appreciation for talented riders to come out of Canada has only increased. We aren’t gifted with the opportunity to ride outdoors year-round and that can sometimes limit progression. The climate directly impacts the amount of bike time you get, as well as the places you can ride. Some people in Northern communities might not have anything to ride for half of the year. Catching a session could simply entail riding the flat ground in a garage. It takes a special kind of person to dedicate themselves to becoming a better bike rider when faced with these conditions.

However, it’s not all doom and gloom. These challenges can sometimes bring out the best in people. The phrase, “do more with less” is certainly evident up North. Less time to ride? Ride harder each session. Less places to ride? Get more creative. When one is forced to ride a spot for a long time–because frankly that’s all there is to ride–they will inevitably come up with something new. Constraints can often create new ways of thinking. And for us, as BMX riders, seeing things differently can lead to a new trick or a new use of a set-up. Persistence and a positive attitude pays off when facing adversity.

We’ve also been blessed with a resurrection of indoor skateparks in the Edmonton area. At one time, we had 3 indoor parks within and around the city. They all later closed and for many years the nearest place to ride was an hour and a half away. Today, we now have an indoor skatepark called Ride N’ Play, as well as some places to catch private sessions. There’s also talks of another facility opening in the future. It’s this renewed investment in indoor skateparks that will serve to strengthen the scene.

Throughout this past Winter, we took advantage of these facilities, worked hard in front of and behind the lens, and got a little weird. This video is a collection of footage from our crew and some of the Edmonton scene. I hope it offers the sizzling Southern beach dweller a glimpse into life in the Great White North. From our frozen prairies and heated buildings to you, we present Indoor Refuge. Stay weird, but most of all stay warm. 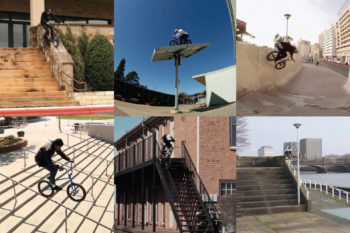 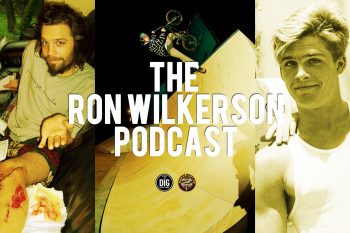 Re-up of The first ever Snakebite Pod