A New Photo Issue - Taking A Look At Life After Print

It was about three years ago that we sent our last ‘regular’ issue of DIG magazine to print. Shortly after that issue (DIG 99) we took DIG back to it’s independent roots and moved most of what we do into producing daily content here on digbmx.com. At the time though, we vowed to keep on doing print in different forms, and we stuck to our word. Today we bring you our ninth print project since Spring 2014 and it's yet another full-on issue of DIG. This time round we're focusing on the photographers who for years have brought us the most inspiring images, and we talk about how things have changed for them, and BMX, since the demise of regular print titles.

This issue is dedicated to the new breed of zine makers out there - we salute you!

UPDATE: we've sold out already but in the UK & Ireland it's available via local shops via 4 Down Distro.

• In France try Bros Bike Store, or ALL RIDE in Germany

• Worldwide mail-order stores stocking it are Source and Empire.

"Did you hear what happened to Robbo?"

A conversation about BMX media and more with a DIG favourite.

- A Sequence of Technical Events

Courage Adams and Devon Smillie for Fly Bikes in Tenerife.

Scott Towne on three decades of influence from "the most punk rock company in BMX."

Sixteen of the best photos from some of our favourite photographers.

The end of one era and the beginning of another with United in Lyon.

Simone Barraco and arguably the best edit of 2017. 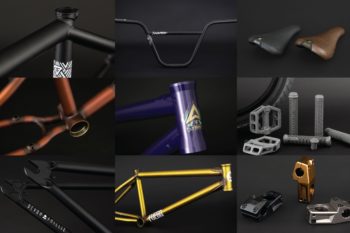 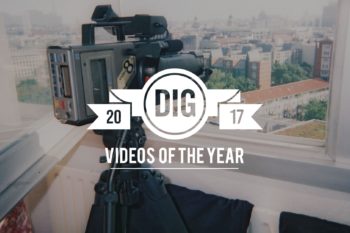 The Best From The World Wide Web