"How you go so high?" "How you go so far?" "Where's that secret boost button hidden at?" Those are the usual thoughts when watching Chase Hawk ride. It's gotta be hidden somewhere on his machine. After scrutinizing it from the Faith grips to the Schrader valves during a recent etnies 'Chapters' European filming trip, we didn't have any luck finding it; scroll down and maybe you can...

When it comes time to designing signature parts how involved are you?

I try to be as involved as I can. Anything I put my name on, I want to make sure that it’s something I’m going to be happy with and not feel weird running.

Hubs, and my frame; I’m into them.

Cut bars down inch and a half on each side, so my grips are closer to the bend. Slammed back wheel so it’s all the way up front. Run bars actually pretty far forward (Laughter).

You have had numerous signature parts over the years, what would you say is your favorite?

The opportunity of having a signature frame has always been a dream; so the fact that I’ve had multiple is fucking awesome.

Every rider has that one part they just love on their bike, if you had to pick with one you’d never change what would it be?

I usually run my grips and tires until they are pretty worn out, because I don’t like how new ones feel. Sometimes they’ll stay on my bike for months and months.

Tell me about your all-time favorite bike?

Honestly, some of the first Cults we ever did were some of my favorites. We were getting them made by Big Dave, and at Solid too. It was what we were doing at the time, and it was exciting.

I usually end up at parks and bowls the most; backyard ramps. I need to start riding more dirt. I rode a little bit of dirt on this trip. It’s been a couple of years I’ve ridden a fun set of trails, because been more focused on riding bowls and transition. I enjoy riding everything. Backyard pools, even though they are hard to come by where I live.  Anytime I get a chance to ride one it’s always a good time. I grew up riding everything, so I can usually have fun pretty much wherever.

How is your “Chapters” part wrapping up?

Good. I’m really happy with it. These last couple of years have been some of the funnest times I’ve ever had filming for a video. I’m really looking forward to it.  Hopefully it’s going to be some of the best stuff I’ve ever had in a part. I’ve really been working really hard for it; I hope it shows. It’s coming to an end; It’s exciting to know we’re going to be editing parts soon.

How did this extended trip from the UK to Spain to Portugal go for you?

It’s definitely one of the longer trips I’ve ever been on. Just knowing it’s one of the last trips that we were doing for the video made it fun and exciting. We had a really good crew. I was really hyped that Ruben was able to come with us for a couple of weeks. I hadn’t ridden with him in a long time, so it was awesome watching him do his thing.  Really stoked to spend some time in Portugal; never been here. Definitely on my list to come back. Lisbon has tons of stuff. Trip’s been a blast.

Plans for the rest of the year/ winter?

Probably go on a couple more trips around home to get some last minute stuff for "Chapters". That’s about it; this year’s been pretty busy.

Lisbon, Portugal has some incredible architecture and scenery, and I'm not even referring to "that skatepark by the bridge." Case in point (but ignore the McDonald's in the background, of course). Hawk and his more-than-just-average daily jib for the 'Gram, in the form of a wallie to manual through some narrow zigzagging terrain. 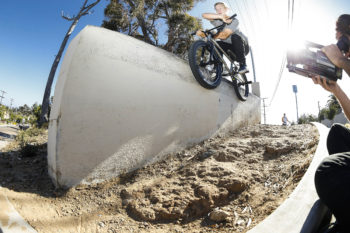 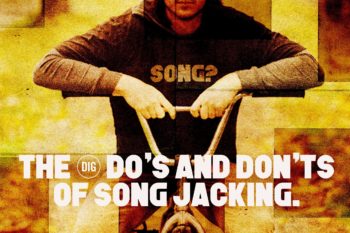 The DIG Do’s and Don’ts of Song Jacking