I’m not sure how the history of BMX might look if it didn’t include photography. Damn, just imagine the hole it would leave if it went missing? What photography did for BMX was construct a clear visual representation of a culture that made every kid salivate with an absolute desire to ride a bike when they saw the pages of magazines. One single image could ignite that aspiration and it would plague you until you had to experience it yourself, that’s how powerful photography could be – and when the internet didn’t exist, it was one hundred times more powerful than anything else.

We caught up with long time BMX Pro and friend Sean Burns; a traditional street rider in every sense of the word who has helped shape our BMX history by being one of the gnarliest riders on earth - as well as being completely photogenic on and off the bike. His riding has been documented since the late 1990’s in many forms of BMX media - most notably our own. But now that the magazines have all but disappeared we wanted to know what he thought about the current landscape of BMX, and how print shaped his BMX history.

As a kid, Sean would re-read BMX magazines daily. One of the first magazines he picked up was from a supermarket in around 1995, Mike ‘Rooftop’ Escamilla was on the cover jumping from a building, and at the time one of his friends told him it was a fake. Before the Internet existed things like that could easily turn into rumours that would only be verified by someone who was actually there. “They told me it was super imposed on a computer”. From that point on magazines became his everything “When DIG came out, it was like the holy grail for me, I still remember the exact day Dick Mauls Bike Shop got it in stock”.

At first Sean didn’t pay much attention to photographers he says, “Until I met Ryan Worcester though, in around 2000, that was my first experience shooting photos and he eventually became my biggest idol”. Sean was initially modelling his riding style on a mix of Jimmy Levan, Josh Stricker and Van Homan, but to this day he admits that his style was first adopted from the infamous Worcester. From there Sean became the individual he is molding this influence and by sticking to a certain riding style over a long period of time.

“I do remember in 1999 when I was 16 I used a photo of Josh Stricker doing a table for a profile photo on an adult sex finder website, I didn’t have access to uploading photos to the internet back then and it seemed like you had to go to NASA to perform something like that”.

The big question is ‘did print media serve the BMX world better than today's online media?’ “The ever lasting impression of a printed or blown up photo is undeniably more appealing than scrolling a mini computer screen” Sean says. “It allowed riders to feel a part of something, reading DIG for a couple of hours was like suddenly venturing into this strange world you could only visit in those pages” he goes on to talk about how that thought is probably quite alien to most of today's younger generation, although I have spoken to a lot of younger riders that have become sick of social media recently, yearning for a simpler way and wistfully admiring the golden age of BMX (which for different riders is different ages). Sean goes on to explain in more detail the way a magazine changed how you felt, “It made you want to go and dig trails, go find elusive spots, it somehow put this emphasis of adventure in your brain”. He explains that there was no field of narcissism with followers and selfies, “There was no shit talking it seemed”, he agrees. This idea of BMX being caught in the eye of the storm in the mid 90’s is an interesting one, because in a sense it was sort of untouched, you were in a bubble essentially. You rode a spot and all you talked about was riding, drinking, girls or doing stupid shit, no one checked their phone or Instagram feed and no one spent their time talking shit, at least not to the level of today. Sean clarifies this, “I think there was less people concerned with attention and more people focused on the culture, which I think we’ve lost since the Internet had taken over our outlets”.

BMX was certainly different then, I loved it then and I love it now but I do have to agree with Sean in that it was a simpler time, BMX was more an escape from everything around you than it ever could be now. You can’t escape social media so easily these days, you can’t have a chill session like you used to, there’s always someone with a camera phone giving in to the self-gratification woes of life.

My first ever magazine photo was a Metal Bikes ad in DIG, shot by Bob Scerbo in 2002 at the Boston Volcano Banks. I was stunned when it came out. I was about 18 or 19 at the time and my Mom went to Barnes and Noble and bought every single copy. ”

We move onto Sean's first ever photo in a magazine, “It was a Metal Bikes ad in DIG, shot by Bob Scerbo in 2002 at the Boston Volcano Banks”. He describes how he had no idea the ad was being put out and how he never even saw the photo before it was printed. “I was stunned when it came out, I was about 18 or 19 at the time, my Mom went to Barnes and Noble and bought every single copy”. This was a moment that would stay in Sean’s memory, because it was remarkable, it meant something, it also involved a physical act of actually going into a store and coming away with some material. Funnily enough Sean has no memory of his first photo featured online or even video. “I do remember in 1999 when I was 16 I used a photo of Josh Stricker doing a table for a profile photo on an adult sex finder website, I didn’t have access to uploading photos to the internet back then and it seemed like you had to go to NASA to perform something like that”.

Burns isn’t anti-internet by any means; in fact he is one of the most outspoken of all riders online - yet he is still partly misunderstood, a misunderstanding built up falsely through broken conceptions of the persona of a rider. “In every aspect of what I do comes a new rumour or theory” he says, “Due to the fact that I have a taste for rock and roll, trash film and zany humour people automatically assume I’m on cocaine or LSD”. I’ve mentioned this before but Sean doesn’t drink, and when people meet him they are often disappointed that he’s not some drunken wild sexist alcoholic.

He doesn’t look at BMX websites anymore, “There is way too much senseless content online, If I were to watch everyone’s videos I’d have to spend 24 hours a day sifting through all of it, it's watered down and boring”. Our media lost control at some point and YouTube dominated the choppy waters of BMX output, merging it into one big gigantic ocean, leaving zero filters and minimal options for users. “I’ll watch a friend's new video part and that’s all I care to see, or if I see a wild clip on Instagram then I’ll check out the full video, that’s as far as I’ll go”.

BMX was an escape from the jocks, something artistic and active that isn’t a sport, yet these days it’s become rampant with jocks, homophobes and racists”.

I wanted to know more about how Burns handles online hate and these opinions that once were left behind closed doors but now they are repeatedly in your face via comments and instant messaging. “BMX has always appeared to be this bonded culture, we escaped from our regular normal homes so that we can be weirdos, you know?” he says. It’s true; BMX is a sub-culture and a route most consequential from escapism. “It was an escape from the jocks, something artistic and active that isn’t a sport, yet these days it’s become rampant with jocks, homophobes and racists”. He goes further into how the industry as a whole has lost its bond, and his opinion is that more assholes now ride BMX than ever before. “Don’t get me wrong, BMX rules and the greatness always outweighs the bad voodoo”.

Where does a man like Sean Burns see BMX heading next, especially BMX media then? “I’m not sure to be honest, but BMX has gotten smaller over the years and I blame vlogging” he says. “The vlogs have got to stop, people used to stick to BMX because they spent their days watching epic Ruben Alcantara videos parts of him basically being Spiderman - and that shit will get you hooked for life”. That’s a valid point right there. BMX culture isn’t vlogs at all; it’s the hard work of riders and the history changing video parts. “What kids see now is John Hicks eating ice cream and filming himself talk about himself”. Burns thinks we need more Rubens in BMX and less narcissism. He finishes off the interview with a thought about how a younger Sean Burns might see the world of BMX today, “If I was ten years old now and started riding and saw vlogs instead of Taj doing one-footed seat grab x-ups then I’d probably have never kept on riding at all”.

“If I was ten years old now and started riding and saw vlogs instead of Taj doing one-footed seat grab x-ups then I’d probably have never kept on riding at all”. 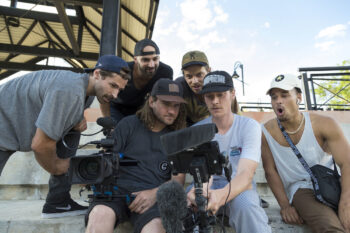 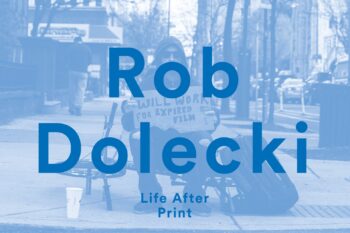 “There will always be someone pointing a camera at bike riders... ”