Nick is the closest thing I’ve ever had to a little brother. For over a decade I’ve watched him grow, mature, progress, make mistakes and migrate throughout the country (now settling in the Midwest, which I could not respect more). Nick calls me on the phone more than my actual family, sometimes to ask for advice but mostly just to chat. He’s slept on my floor in four different apartments. I’ve only seen a few dead bodies in my life and two of them I’ve seen while adventuring with Nick. He’s personable and humble and I’ve never seen him lose his cool even when I tell him my exact opinion without any sugar coating. He knows his place and never oversteps his boundaries, despite any rumors. He’s never fallen asleep sitting shotgun and for that I thank him. I’m willing to bet that even if BMX affords him nothing, he won’t be mad and he’ll ride anyway. Plus now he’s got his own family that would have a difficult time dropping him…

That last kinker is a beast! - More Info

Lets get the basics out of the way, how many years young are you and where do you hail from?

How long you been riding for now?

Fuck, somewhere between 10 and 11 years.. Too long. (Laughs) don't see myself stopping anytime soon though.

While creeping through some fresh industrial parks we came across this dumpster off the loading dock.

Is it weird not riding for anyone at the moment?

Not at all. To rep a brand means a lot to me and It's more than just being "sponsored" at least to me. I've built strong friendships with people and that's why things bum me out when they change. It's crazy seeing everything going on in the industry side of things right now and I see a lot of people talking about brand loyalty but I've also seen a lot of brand disloyalty towards their riders that gets overlooked. But I'm just grateful and happy to be riding my bike, doing my own thing and having fun at the end of the day.

This was Nick's first rail hop spot and he sessions it regularly whenever in town. This time around he got to add a wall ride on to the list of tricks he has already done on it over the years.

"When I rep a brand It's because I like every aspect of the brand and people involved. I like companies that have that family vibe and stay tight knit. It's a bummer that seems rare nowadays and it only takes one person to make that vibe fade off."

When it comes to riding, do you prefer the east coast side of things or the West?

I love the west coast, I mean spots are endless and it's crazy how much everyone just rides the same spots when there's so many untouched spots in between.. Scott and I would just drive/ pedal around a different area everyday and find so much shit but the east coast is for me. Spots are always unique and still endless.. Nothing's ever the same and nothing's ever perfect, even when it is (laughs) and no ones afraid to just pedal around and look for new shit to ride. That's what riding is to me. It's  just more relaxed as where in CA I feel like everyone's just trying to pack up the van and go get their clip at a certain spot and that's it where in NYC we hop on the train and just cruise from there, a majority of the time we don't even have to pull the camera out.. It just makes riding fun, like it should be.

I mean I occasionally have my "I wanna go get this clip" days but for the most part it's all just cruising around to me. I'm always out LFSing or just pedaling around with friends. Back in NJ, we'd always just have the camera with us and if we found a spot we'd hit it and keep going. I love that way of filming instead of stressing over a spot for a while but it happens and it's always a good feeling getting it. As for this project it was kinda hectic.. I started it a little over a year ago but with moving around a lot it was more difficult than I thought.. Finding someone to film with was scarce while bouncing around and getting all the clips to Smallfry to edit was just as hard (laughs) that and a pretty serious head injury took me out of filming for a few months while in AZ. I didn't really feel like myself riding wise till this past July actually.

"It's more than just being 'sponsored', at least it is to me."

What made you want to just pick up and move in the first place?

Growing up in New Jersey couldn't have been any better, it has so much to offer in such a small state, it actually blows my mind that half the kids I went to school with got hooked on heroin or would complain there's nothing to do but I got to a point where I wanted to explore more. I'd always take trips but it's hard to experience a place in just a day or two at a time. Between that and NJ being super expensive I was starting to get stuck around home more and more till one winter I cracked.. I was working 45 hours a week and still broke, I went about a year with no heat or hot water in my apartment which if you're not from the east coast you wouldn't understand how rough that actually is so I just wanted to move somewhere cheaper and warm. I ended up in Tempe, AZ. Tempe was sick! I miss all the homies there and miss the warm weather at the moment (laughs) but not having a car there was getting me in that stuck feeling again so I started taking the grey hound to LA to stay with Scott Marceau, that helped but I was missing that east coast vibe and the seasons. I met my girlfriend, Melissa in AZ and she was from Michigan originally. I went back to NJ and she went back to MI, after a few months of moving around I met her in MI and I couldn't be happier here. The riding scene is amazing, everyone's super chill and I feel like I'm 18 again when I go out riding with the homies here. I got a dope job working at a local bike shop THE HOUSE OF WHEELS and living right upstairs from it. Its kind of perfect, it feels like NJ but it's less hectic and cheaper.. If my family and close friends from back home were here it'd be my paradise.. oh, and if we had porkroll (laughs) but seriously, being drastically cheaper here makes it a lot easier on the mind, especially since we're going to be having a daughter in May.

Shitty run ups and a busy intersection are all too common for Nick. Even with all the distractions he still feebled this big wooden ledge first go.

"I’ve only seen a few dead bodies in my life and two of them I’ve seen while adventuring with Nick."

Damn your gonna be father soon that's crazy, do you feel ready for that?

(Laughs) yeah! It's definitely crazy but I'm excited. I have an amazing girl and love where we're at! I know having a kid is a lot of work and makes a lot of people struggle with riding but I'm fully prepared for it. I'm always up late and up early too and like I said, cost of living here has been so nice compared to home that I know that won't be a problem.. I know I can balance it all out equally and I can't wait!

What are you plans for the future?

Future?.. Fuck. I don't even know what I'm gonna be doing 5 minutes from now. I always try and plan ahead but it never works the way I think it will in my head. Through traveling and riding, I've live and learned to just take life as it comes. Tomorrow's never promised but I know no matter what I'll still love my family, I'll still be riding and I'll still be doing what ever it takes to make myself and the people important to me in my life happy.. That's all I can ever plan or hope for.

"I've built strong friendships with people and that's why things bum me out when they change." 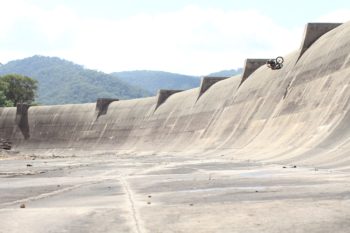 Is This The Best Dam Spot Ever? 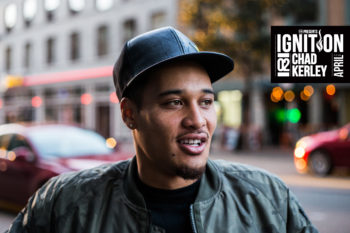 "I’ve always looked up to the rail shredders..."