Day 4 in our 'Twelve days of Aitken’, which is a retrospective look at Mike Aitken’s BMX career as seen through the eyes of some of those who know him best via a selection of his hugely influential video parts, delves into Mike’s section in Square One’s first video “Up In Arms.”

Closing out 2001 with another extended stay in Erie, Pennsylvania and enjoying all the newer indoor parks in the area like Section 8 and Shebang, as well as the expanded Buck’s trails, Mike casually filmed his second part of the year. Kris Bennett commanded the video camera lens, who followed up “Empire East” with an unofficial sequel of sorts under the title “Up In Arms”, before Square One was an actual company. In the year span between “Empire East” and “Up In Arms”, you can see such rapid progress happening with Mike’s riding, where he really starts to elevate his signature style to new heights. Who can forget that massive wall ride to crash in the opening clip? Slayer's “Angel Of Death” and Aitken- the perfect combo. Watch and listen to more commentary by Bennett and Doyle, who were fortunate enough to live this time period in person.  -RD 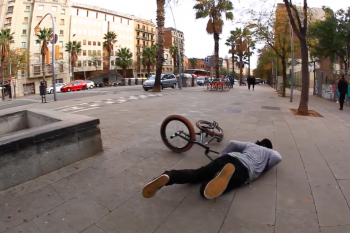 Another BCN Edit? - Washed up 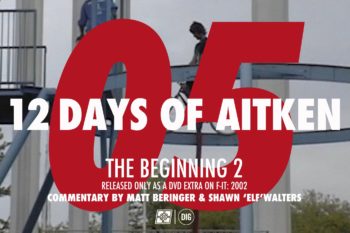