Day 5 in our 'Twelve days of Aitken’, which is a retrospective look at Mike Aitken’s BMX career as seen through the eyes of some of those who know him best via a selection of his hugely influential video parts, continues with Matt Beringer’s “The Beginning 2”, filmed in 2002.

Matt never released the video, and since Mike had a completed section ready to go to VHS duplication (VHS tapes still existed at this point, but were quickly going the way of the Sabre-toothed Tiger, thanks to the influx of DVDs), it ended up being included in the bonus section of “Fit Life.” Like the first "The Beginning", this was also filmed primarily by longtime friends Matt and Shawn “Elf” Walters (who provide the commentary). Filmed less a year after “Up In Arms”, Aitken just kept going bigger and bigger, with a more refined signature style. Mike was a regular at many of the bigger contests during this time, and there are a few clips sprinkled throughout of him killing it at them. Some of the transfers and lines documented in his section at parks around Salt Lake area are insane, and haven’t been replicated fifteen years later.  -RD 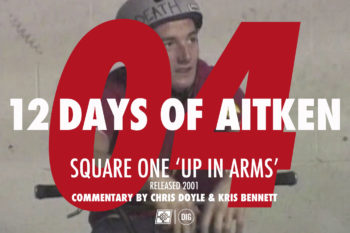 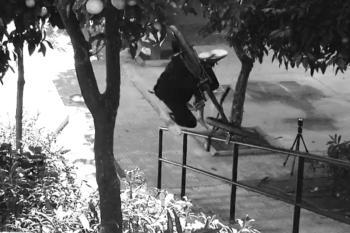