The tenth installment of our 'Twelve days of Aitken’, which is a retrospective look at Mike Aitken’s BMX career, skips the commentary, and focuses on a compilation of Mikey’s riding from Road Fools 15 (2006) and Road Fools Rock-N-Roll Tour 2 (2007). Mikey was a perfect fit for the Road Fools-style trips, since he would destroy everything in the first five minutes of riding it with no hesitation, and no thoughts of trying to come back another day to try something. It’s over 2 1/2 minutes of solid footage from two 10-day trips… actually, it’s a bit less than that many days. Mike left Road Fools 15 after the first few days because of the birth of his son, Owen. So this was all filmed in less than two weeks, and entirely on new and unfamiliar terrain. Such a beast. -RD

Special thanks to Props. 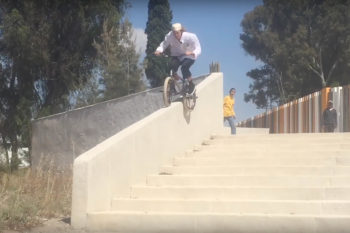 Feebles And A Really Sketchy Situation 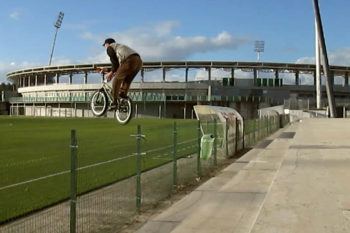