Day 7 in our 'Twelve days of Aitken,’ which is a retrospective look at Mike Aitken’s BMX career as seen through the eyes of some of those who know him best via a selection of his hugely influential video parts, hones in on an unconventional pairing of Mikey and “Sentenced to Life.”

At this point, everyone was a fan of Aitken, including Dave Mirra (R.I.P.), who was heading up a video called “Sentenced to Life” filmed by Brian Purdy. Commentators Doyle and Bennett dish out some industry knowledge related to MirraCo and the quest for Mikey to leave FIT and join the team during the time the video was filmed, and his decision to stay loyal to FIT over a larger payout.  BF and Van also point out that this video was filmed primarily on trips, so you know all those outrageous park clips were most likely from the first day of him riding there. And in typical Aitken fashion, all varieties of terrain are casually annihilated. That last concrete park line from start to finish is seriously incredible. -RD 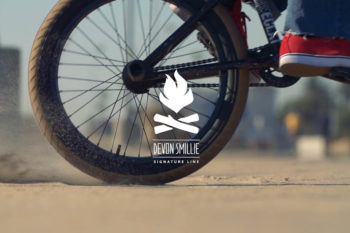 Fire Is The Right Word 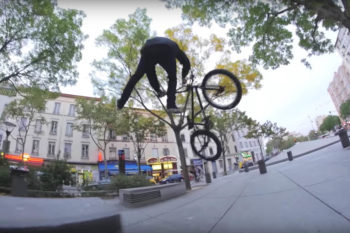