The second installment of our 'Twelve days of Aitken’, which is a retrospective look at Mike Aitken’s BMX career as seen through the eyes of some of those who know him best via a selection of his hugely influential video parts, is Mikey’s section in Matt Beringer’s video “The Beginning.”

“The Beginning” is Mike’s first video section ever (released in 2000, around the same time as Empire East), spanning from when he was 13 (around the time he had those clips in Road Fools 2 at Fuzzy’s backyard) to about 16. It documents the transition from ripping around on a race bike to his Mosh days, and filmed by Matt and Shawn "Elf" Walters (who provide the commentary). Includes his first rail (which is massive for a first rail!), contest footage, baggy pants, and the classic Mikey style in it’s infancy documented while flowing through some of the old trails and indoor skateparks around Salt Lake City, Utah. This was the beginning, literally and figuratively.  -RD 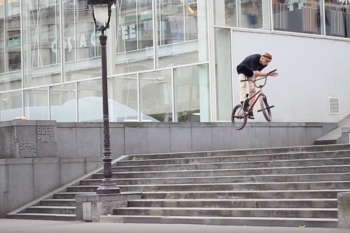 From NYC to Paris 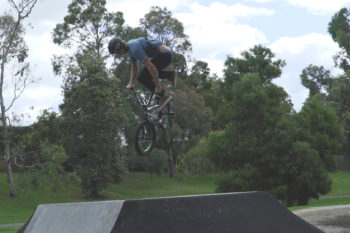 What it's like to be on the road for 4 days