Up first in the 'Twelve days of Aitken’, which is a retrospective look at Mike Aitken’s BMX career as seen through the eyes of some of those who know him best via a selection of his hugely influential video parts, is Mikey’s section in the Erie, Pennsylvania-based video “Empire East.”

While transitioning from his first sponsor of Bully to the geometrically exaggerated-shaped frames of Mosh, a 16 year-old sharply opinionated visitor from Salt Lake City by the name of Mikey Aitken spent the summer of 2000 in Erie, Pennsylvania. While riding with the heavy-hitting crew that called Erie home at that time, he filmed a video part with Jim Winschel primarily at Buck’s Trails and Jim’s infamous backyard trails (which had gained notoriety around this time after hosting a stop in Road Fools 4). Chris Doyle and Kris Bennett provide commentary and a little insight into witnessing Mike’s casual slaying of the enormously long jumps at Winschel’s, which would still be pretty significant by today’s standards. The time period documented in "Empire East" is where Doyle and Bennett got a firsthand look at the blossoming Aitken’s natural riding talent and rapid progression that would eventually evolve to legendary status. -RD 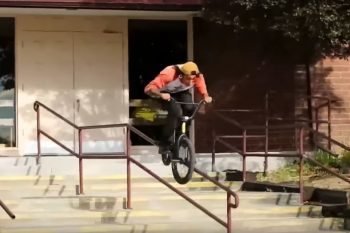 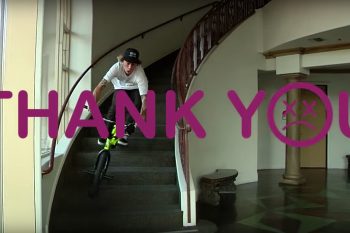 Thank You - Jared Duncan "4 the Kids"

You Should Be Dancin' After This!