Next up in our 'Twelve days of Aitken,’ which is a retrospective look at Mike Aitken’s BMX career as seen through the eyes of some of those who know him best via a selection of his hugely influential video parts, is Mikey’s section in FIT’s inaugural video “F-It.”

Mike kicked off 2001 with a new frame sponsor, which was a freshly formed bike company that was spawned via S&M Bikes with fellow teammates and heavy hitters Brian Foster, Nate Hanson, Robbo, Justin Inman, and Edwin De La Rosa; he and the crew set FIT into full swing with the release of “F-It.” Mike blessed the video with a well-deserved closing section, one that helped put FIT on the map and set the bar for a soon-to-be legendary team in the coming years. BF and future teammate Van Homan provide some entertaining commentary on this point in time, where Mike was really coming into his own, and the Aitken evolution continued to gain momentum. -RD 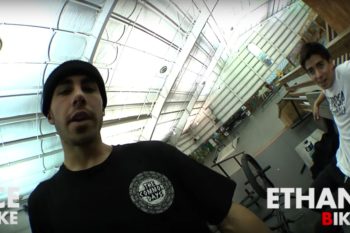 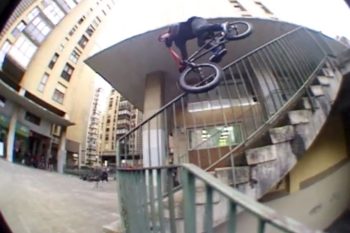 Near Death Drops and Scary Rails