A Short Film By Dean Dickinson

During the Regan administration in the USA, Nancy (Regan) created the “Just Say No” campaign. This encouraged children to simply say no to drugs. The movement was part of the government’s efforts into improving the War on Drugs. In the early 80’s, BMX was on the rise and so was a cheap, highly addictive form of cocaine known as “crack.” One high, was artificial, and the other was simply rad and reckless. Indeed, both could be deadly…

Regardless, Nancy decided to create a number of anti-drug public service announcement commercials for over a decade. I was born during the “I Want My MTV” era, so I spent a lot of time in front of the tube. The PSA that really struck a cord with me was the one of the woman diving into the empty swimming pool. My imagination led me to believe that if you take drugs you’ll jump out of a window or dive head-first into an empty swimming pool. In all honesty Nancy did her job, I was scared straight from drugs but not empty swimming pools.

Almost 30 years later, I revisited this classic PSA thru a random YouTube search. When I clicked play, it really brought me back. I was instantly inspired to somehow recreate this commercial involving backyard shredding. Pool Service Announcement, is a BMX tribute to the “Just Say No” era with a Pee-wee Herman twist. I’ve spent the last two and a half years documenting pool sessions with my Super 8mm camera far and wide. Over the fence and into the unknown, Regan Youth at its finest. JUST SAY NO! - Dean Dickinson

Congrats to @deandickinson_ whose film for #PoolServiceAnnouncement wining the Best Documentary Micro Film Award at the @oregon.short.film.festival 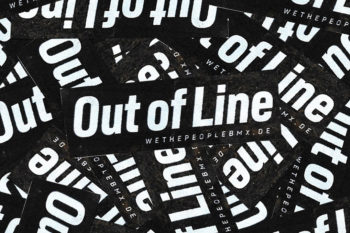 Wethepeople Out Of Line 2020 - World Premiere

Sorry You Missed It! 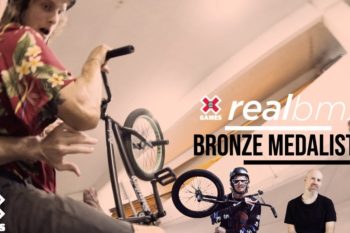 With Erik Elstran and Walter Pieringer