Look up, instead of around...

Interview and photos by Rob Dolecki

After watching Brandon Perez’s Sturdy Wrists video for the first time, it seems as though the New Jersey native is hell-bent on discovering the limits of what force and abuse the human body can sustain on a bike. His penchant for riding what’s above him instead of the more orthodox what’s in front of him has further assisted in his study.

The crashes in this video are some of the most brutal I’ve seen in a while. Yet, after all the injuries (and there were a lot), while filming for this part alone, Brandon is planning to continue his study. While N.Y.C. geography may not be his strong point, his body’s ability to recover from injury after injury sure is. I’m looking forward seeing the results from Brandon in the future… -RD

Some basics; name, age, and where do you call home right now?

How long have you been riding?

I like the challenge of overcoming your fears. You’re scared shitless and you have nothing else to focus on but that. I like the freedom and adrenaline rush.

So when you’re riding around, you have a tendency to look up instead of around for new stuff to ride, like Sean Burns?

Jeff Kocsis: Yeah, I’m trying to show him a ledge spot, and he’s looking up at a building. He shows up with plywood, brooms, full-on construction gear in his Jeep.

Who are some of your influences?

I’m influenced by people who go outside the box, and not following trends, doing something creative; not just in BMX. Geoff Mead, Anthony Villani, Jeff Kocsis; I’ve always liked Stevie Churchill’s riding. He inspired me to learn hop whips when I was like 15. He was doing hop 7’s and hop 3-whips. I love Garrett Reynolds’ riding because he does big shit, and tricks in his big shit. Sean Burns, Dave Thompson’s Props Bio.

Good and bad about living in NJ?

The bad is winters, and no close skateparks. The good- there is no good. (Laughter)

A prime example of Brandon's unorthodox consideration for what's a spot. A few sheets of plywood, a number of attempted drops off the second part, and two severely tweaked ankles later, and Brandon rode away, sort of. In this case, we'll consider it done.

Some random questions: are you a daredevil?

Would you bungee jump?

I would, in a heartbeat.

Which finger is your favorite?

How do you release anger?

Working out and riding, definitely.

What is the first thing you think of when you wake up?

Favorite day of the year?

Christmas Eve. I do this thing where I throw on short jingle bell shorts, combat boots and a Santa hat and deliver Christmas presents to all my friends.

How’s the local scene & what do you like about it?

There are four of five kids, and I love them to death. I’ve been riding with them for like five years. I had older kids take me to skateparks and drive me around; I wanted to do the same thing for them. They’re older now, they’re really amazing riders. They always come to  ride and build at my backyard ramps.

Jeff: It’s the hub for your scene.

How did the ramps come about?

I built a seven foot quarter outside my mom’s window when I was 15, and she hated it. She’d be trying to sleep, and I’m outside blasting this quarter. Since then, I’ve put about four or five grand into wood. Gotta thank the parents- if it wasn’t for them, I wouldn’t have the ramps there.

Do too many tricks sacrifice style?

Sometimes; I don’t consider myself a rider with style, and I like tricks.

What’s your favorite discipline in BMX to watch?
I like street a lot. Park is cool, but I like the idea of setups not being perfect, and it takes a unique mind to ride something that’s not meant to be ridden; that’s why I like to watch it.

Brandon and his version of being Santa Claus. Photo by Kevin Bass

Jeff: Have you ever ridden New York City?

I think once or twice. The one time I remember, I didn’t even know I was in New York City. We were in the center of Chinatown or some shit, and I asked if we were still in New Jersey. “Yo, we’re in the middle of Chinatown.” I was like, “Oh, shit, cool.”

Separated shoulder, cracked collar bone, dislocated two toes and pinky finger (1:27), stress fracture in my right foot, broke left big toe twice, kidney surgery- but that wasn’t BMX-related, gnarly concussion from whiplash on that whip at Montclair (1:24). I landed and my achilles tendon got torn a little bit or something on the wallride to flat. (5:23)

Jeff: He waited until he was out of the frame, then collapsed. Villani had to drive him home; he couldn’t walk.

That 3 whip at the beginning of the crash section (1:16)- I broke my toe on the first go, then the second go I separated my shoulder.

What's up next for you?

I already started to film another edit. I want to try and get it out around winter. And start building more ramps in the yard. 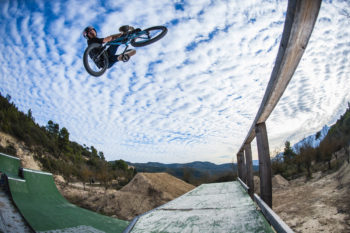 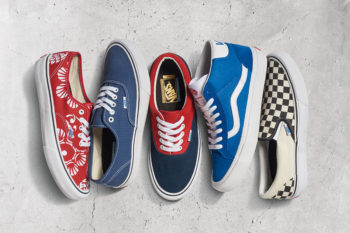 Commemorating 50 years of heritage and progression