Why your crank length?

Why top your tube length?  I used to run 20.5 then 20.75 for years. Probably four years ago I switched to 21. It just felt better, more stable. It feels right especially riding trails, and just anything going really fast.

Actually the entire bike. It’s my most favorite bike I’ve ever put together. I’m real stoked with how it came out, with all the chrome.

I cut off about a ¾ of an inch on each side of the bars.

Any mods for bar rides?

The majority of the time I’ll just twist my bars around so it makes my brake cable shorter. I’ve caught my foot tons of times and it destroys your brake cable, and destroys you.

Why did you go back to plastic pedals?

I’ve ran metal pedals for so long. My old bike was super heavy, like 29 pounds.  I switched the cranks and pedals, and it’s now 24 pounds.

The lever has been through three different bikes. The front hub is my old front hub. My front valve cap also- Clint Reynolds gave me that as a gift two years ago at X Games.

What have you been up to recently?

I’ve been digging a bit at my trails when I’ve been home. In November I was in Australia. I also went to Costa Rica and Ecuador. Ecuador was sick; people there really appreciate action sports. They only see it on TV. There’s a really amazing rider, Jonathan Camacho. He’s one of the raddest humans I’ve ever met on a bike. He has the hugest grin from ear to ear all day long, and sends the gnarliest stuff, repeatedly. He’s a good dude.

How’s your part in the new S&M video looking?

Most of the trips I haven’t been able to go on. I watched a reel of a bunch of raw footage for the video and it’s gonna be so rad- crazy, trippy, awesome, amazing. I was kind of stressing on clips, and Charlie showed me a bunch of clips he already had that I forgot he filmed, and I’m pretty pumped.

Plans for the rest of the year?

My main focus is to ride the trails and dig. I want to start riding vert again. I was just talking with Simon Tabron and I’m going to try ride some big u-ramps once a week. 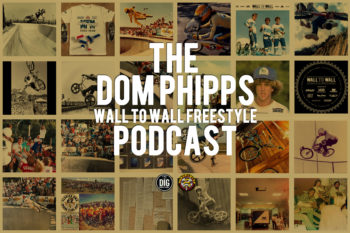 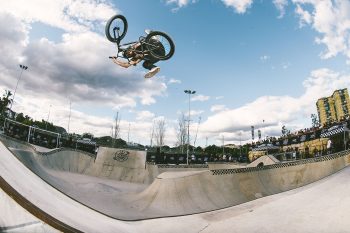 "They will remember some of those moment forever. Just like I remember seeing my first BMX contests."