Marc and Rich Moore, brothers and co-owners of SourceBMX have never been strangers to big plans and interesting projects, but their most recent brainchild, a huge underground skatepark in a disused Victorian ice rink situated underneath the promenade on Hastings seafront certainly takes the top spot on their extensive list of ambitious ideas.

Until now, despite Hastings (the birthplace  of the world famous Backyard Jams) being nationally recognized as somewhat of a hub of UK BMX, being home to three large distros and a generous handful renowned professional riders, this small coastal town with a disproportionally large BMX legacy has never had an indoor facility that’s able to be ridden by everyone since the Source small indoor bowl setup was dismantled and delivered to Martyn Tambling in Cornwall, where it was rebuilt into his indoor park, The Junkyard. 4Down and Seventies both had/have units for their team riders, private sessions, and events... but these were unable to be predominantly used as public spaces for anyone and everyone to ride. Marc and Rich decided that a public indoor skatepark in Hastings was long overdue, and approached Hastings Council in the middle of 2013 with the idea of converting the old Turkish baths under Hastings seafront into what would be the worlds largest underground skatepark (according to the BBC anyway) and the new location for their shop and offices. After nearly a year of meetings and planning, work began in September 2014

The building itself was first opened in 1876 as a Turkish bath, which contained hot sea-water baths and smoking room. Since then the building had been used as an ice rink and a cinema - and even the home of a concrete bowl for a few months in the 70’s, until its closure in the mid 1990’s when the doors were sealed shut and this huge space lay forgotten about and unused, laying dormant right under the feet of the residents of Hastings and the thousands of visiting BMXers in town for the Backyard Jams.

Due to the age and condition of the space, this was never going to be as easy as knocking up a few ramps, installing a vending machine and opening up shop. There was no power, adequate ventilation or plumbing. The building was actually designed to flood, as a stream runs down from the cliffs above, fills to a certain level underneath the floor before being pumped out to sea.

The scene down there resembled the setting of a horror movie. Walking around was a treacherous affair – holes in the rotten floor exposed nothing but a long fall into the darkness underneath the building, which no doubt finishes with plummeting into the sea below. On one walkthrough, Marc actually fell through the floor in one of the corridors, fortunately extending his arms in time to save himself from disappearing off the face of the Earth altogether. There was evidence that since its closure, the would-be skatepark had also been a premier location for the injecting of heroin, historically one of the town’s favourite pass-times.

The place was filthy, sodden and dangerous…so really not all that different from most indoor skateparks.

The 70's skatepark that lay hidden underneath the Hastings seafront for all those years...

The original pool had been filled in and converted to a roller rink.

After almost a year of renovation by the council and ear bendings from health & safety officials, it was time to start populating the two skatepark areas with ramps. Rather than using conventional ramp building methods, the entire skatepark in the main room has been CNC cut off-site, then lowered through a hatch in the roof piece by piece. Aside from this being very beneficial to filling an underground space full of large pieces of wood, according to the CNC guys at 9C, this technique means that you can build pretty much any ramp you can dream up without the constraints that you might face using more traditional techniques.

Stuart King, Backyard Jam, Hastings '94. If you look closely you can see Dave Parrick starting to film for the Empire DVD. - Photo by Percy Dean

"...this huge space lay forgotten about and unused, laying dormant right under the feet of the residents of Hastings and the thousands of visiting BMXers in town for the Backyard Jams."

The actual setup of the park consists of the large park room on one side of the shop and a smaller street plaza on the other, connected to the main building via an outdoor courtyard that will apparently house some wooden trails-inspired jumps when warmer weather arrives. The plaza contains all the rails and ledges that you’d expect , plus a large kicked back curved wallride. There’s a foam pit sat at the back of the room which will no doubt be the home of gumshield wearing types that don’t see the point of grinding flat bars…but should help to bridge the culture gap between pseudo street riders and wannabe X Games gold medalists. Personally, my favourite thing about the foam pit is the run-up, which is a roll-in that sends you through a covered tunnel before shooting out of the other end. This ingenious tunnel system also ensures that the foam pit area doesn’t take up too much real estate in the modestly sized plaza room.

The main ramp room is absolutely slammed full of ramps of every description. Two large bowls dominate one half of the room, with the other half containing some unique grinds and wallrides. Although at the time of writing this (less than 48 hours from opening day) the main room is still frantically being worked on, this room seems to have something for everyone. A café and arcade are situated above on a balcony that surrounds the entire park, providing a 360 degree view for parents, girlfriends and lazy filmers. I can personally recommend the Fast & Furious arcade game. I haven’t eaten lunch today because I spent all my money losing races instead. Marc also tells me that they have purchased a grabber game, the likes of which are usually found at seaside arcades. However, instead of going for stuffed animals and plastic jewelry, in this machine you will be fishing for BMX parts instead.

The all new Plaza.

Sat right between the two ramp rooms is the freshly stocked all-new Source BMX & Skate Shop, which is larger than the old shop- rammed with product and now also offering hire bikes of various levels for use in the skateparks which I thought was a nice nice touch. It’s crazy to see the size of this operation when you remember that this shop had its humble beginnings in a tiny shop space in the nearby retirement town of Bexhill-On-Sea in 2003.

The Source Park and shop opens its doors to the public on Saturday the 13th February and from that point onwards, the park, shop and café will be open from ten am until ten pm every day of the week. As you might imagine, there is a crazy amount of demand to ride this place so pre-booking is advised. Visit sourcebmx.com for more info.

​The main ramp room is absolutely slammed full of ramps of every description. Two large bowls dominate one half of the room, with the other half containing some unique grinds and wallrides.

Thanks to our Official DIG Partners: Source Bmx 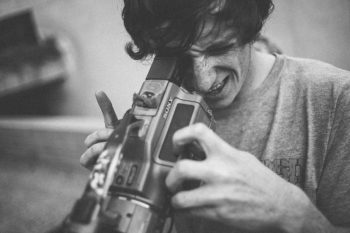 One of our favourite new videos this year! 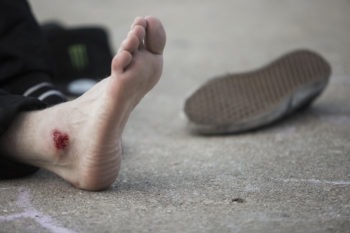