Profile always enjoy mixing up their colorways and now they've got a fresh one with the help of Lima, dubbed the 'Paisley'. Lima has been a busy guy as of late with the anticipated release of Pumped BMX 3 later this month, his new colorway and a Verde Oxbridge frame promo that is well under way, but we managed to catch him for long enough to get a look at his setup and that new Paisley pattern. Take a look...

Stem: Profile Push stem with my own paisley colorway

Pedals:  DUO plastic. I don't know why I have camo pedals.

Pegs: None at the moment, they are on order though.

What was the inspiration behind your Profile Paisley colorway?

Matt Coplon hit me up asking if i would be up for doing a colorway. Its pretty hard committing to a colour which isn't black! The first idea i came up with was actually about to come out with Madera. So I came up with something pretty out there but I would still run. I asked him if he was into it, he said that the stuff he thought would sell the best sometimes didn't and the stuff he wasn't into sold really well, so pretty much said that if I was happy he was happy with it. The response has been sweet.

What and where have you been riding lately?

I ride Oxford's concrete park a bunch, it's a good scene and feels like unlimited lines in the bowl. Been trying to hit up as many trails as possible before the summer finishes, managed to get good sessions in at Sheet, Leatherhead and Woodyard, so thanks to the locals there. But I mainly ride concrete bowls, it's a similar feeling to trails but with more manual lines. I enjoy both

What’s planned for the rest of your year?

Been working on PumpedBMX 3, and thats about to get released, so that will be sweet once that's out. Also filming with Matt Priest (he's filming) a bunch to save clips for our Verde Oxbridge frame promo. Saved a bunch of stuff from Malaga, and some stuff at Woodyard too. So need to wrap that up and get something finished we are both into. I think he' s also editing it too. Greg (Illingworth) literally just told me about a thing happening at Ruben's bowl, so would be nice to get back there. Apart from that, take each day as it comes. 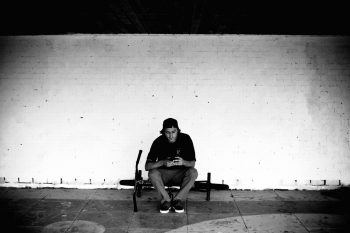 The Death Of Creative Thought

"I feel as if I can see first hand how we as human beings are crumbling away." 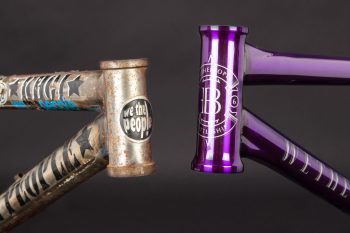