Mike Hoder's S&M Born To Mobb machine has seen some heavy action over the past year, as well as brakes appearing and disappearing, losing sprocket teeth, and a steadily rising seat post. During a recent trip to Trinidad and Tobago, we got the lowdown on all the specs of his badass machine...

Two for one- wallrides and wheelies in Port Of Spain.

My seat post is tall. I don’t know; it keeps getting higher and higher. Might look weird to some people, but I think it looks pretty sick; like an old-school bike.

My sprocket lost two teeth. I was at a skatepark in Bonnie Lake, Washington. I was jumping this hip a bunch of times and cased it. I broke a tooth and the chain. I wasn’t going to ride anymore, then my skater homie showed up, and was like, "Yo, let’s get some lines in." I was like, "Alright, I’ll just pump around with no chain." I hit the hip again, landed right in the same spot and broke another tooth off. It ended working out pretty well, since my back end on my bike is so slammed, the chain is pretty tight and it’s kind of hard to get off. So missing those two teeth is kind of like a little doorway to go in that spot and take my chain off.

The dual chain color happened because I didn’t have enough links of a gold chain, and then I had some of a black one, so I had just enough for half and half.

I had my brakes off since the last S&M trip in the Northeast U.S. I decided to put them on again during a recent trip to Trinidad and Tobago. I did a few sit-down wheelies, now that my seat is jacked up to the moon. Then I said, "Screw it", and took them off. 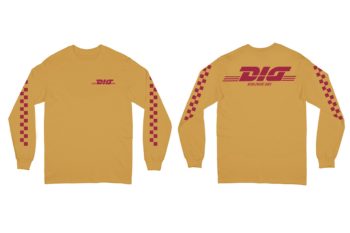 All Function, No Fashion 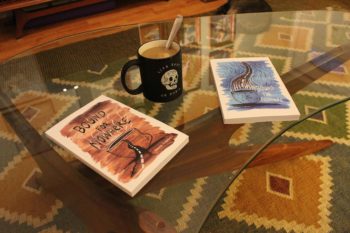 Two years after one glazed donut and a pact to put out a book, the result is...